The club got its start after Barbara Knox, who plays the favourite character Rita Tanner, came to Klondike Days. Many fans attended just to meet this lovely and gracious lady. A couple fans collected names of people who might be interested in joining a fan club. The first meeting was held at a local restaurant and grew from there. For many years they met downtown, but have since moved to Dayspring Presbyterian Church.

The club is about all things Corry, as Coronation Street is referred to by fans. They have a short business meeting and then spend most of the evening discussing all aspects of the show. When you join, you will laugh, complain, visit, and of course drink tea and enjoy eating treats brought by members. The evening often ends with a Coronation Street inspired game or activity.

The group has two potlucks, one at Christmas where they do a crazy gift exchange and the other in June with pub grub. The membership consists of all ages, backgrounds (with many expats in the club) and even a few men who watch the show. The group goes for outings such as Fish and Chips, or attending exhibits, often with a British theme.

As an Amazon Associate I earn from qualifying purchases.

The group welcomes anyone who watches the show (and even a few who don’t, who just like our company) and would like to join a friendly, warm and welcoming group of fans. There is good bus service to the meeting place.

To learn more about this group, visit the The Rovers Hot Pots Facebook page. If you want more information leave a message on the Facebook page or contact kate@gnknetworks.ca

Jolyn is passionate about educating you plan to age in place or make a move to a better home to maintain your safety and independence. Aging in place doesn't magically happen, but with careful planning you can successfully age well where you live! email Jolyn 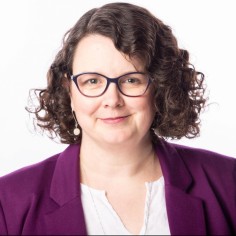 Do you work with older adults?

To assist with all housing decisions, Jolyn Hall is a licensed real estate agent with Schmidt Realty Group Inc.